Completely unique and unlike any other hay and silage preserver seen by AgroBest.  Identifying the need for such a product in the Australian market, AgroBest went on to import the product and act as the sole distributor.

AgroBest connected with a US based scientist in mid-2000’s who introduced this remarkable product to AgroBest.

After several successful years, along with a pristine brand and reputation growers have come to rely on, AgroBest orchestrated an agreement with their supplier to bring manufacture and production processes directly out of AgroBest facilities in Queensland.  This would have a highly favourable impact on consumers, meaning a more cost-effective and easily accessible product.  This also opened the opportunities for further research and development dedicated to the betterment of an already great product.

AgroBest’s Sovereign is quite different to other hay and silage ‘inoculants’ in the market.  The science behind sovereign is quite complex, and thus the reason there are no others like it.  Growers and contractors alike choose Sovereign for the integrity and quality that results in their hay & silage. The reliability they receive from Sovereign is invaluable, especially given the unpredictable climatic conditions of the Australian environment.

The key to high-quality silage is having a rapid ensiling/ curing process and efficient fermentation of plant sugars to acetic acids initially and then into beneficial acids such as Lactic.  If the silage is compressed properly to remove as much air as possible, natural aerobic bacteria can only survive for a very short period of time reducing the amount of ammonia, heat produced and loss of protein.

Anaerobic bacteria then kicks in, producing lactic acid to preserve the crop and prevent aerobic bacteria (bad bacteria) from reducing feed value.  The pH is lowered until a stable level below pH4.0 to 3.5 is reached.  Higher feed values are maintained when a low pH is reached as quickly as possible.

When a pH of 4.0 to 3.5 is reached, it is then considered to be in a “stable zone”.  Due to “spoilage bacteria” (i.e. aerobic), protein losses will continue to occur until this pH level is reached and the silage stabilizes.

Silage inoculants such as Sovereign are designed to speed up the rate at which the pH drops, and to prevent the formation of ammonia, heat build-up, fungus and butyric acid.  As a result the pH at which protein losses cease and the pH, at which the “stable zone” is reached, occurs much more rapidly.

Hay is different to silage as it is baled at significantly lower moisture levels (generally below 20%).  This inhibits the ability for hay to ensile as silage does and therefore the production of beneficial acids for an enhanced breakdown of plant material is also inhibited.  However, palatability & digestion when the hay is fed out is often improved.

Antioxidants in Sovereign stop moulds, yeasts and harmful bacteria from being active, reducing heat build-up and protein losses that would normally occur under higher moisture conditions.  It is these simple moulds and yeasts that cause significant damage to hay including darkening, mustiness and even spontaneous heat combustion.

You will benefit from the simple fact that you can bale at a moisture level range of 20% to 28% with confidence that the aerobic bacteria will not cause the spoilage as it will with untreated hay.

You can be confident that the hay quality will be enhanced due to increased leaf retention, your baling “window of opportunity” increased and your valuable time managed more efficiently.

Using a product such as Sovereign, you can bale with consistently higher moisture, confident that you have fresh, high-quality hay.  You will retain more leaves, the feed will be more palatable and digestible and the nutrient value often higher with increased protein and higher net energy content.

Please note these files are in PDF format, and you will require Adobe Acrobat Reader which you can download for free here 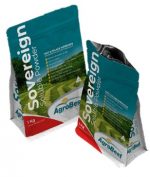 Inoculate your hay and silage with a unique combination of antioxidants and preservatives for high quality, more palatable feed…

Improves the quality of all hays & silage, resulting in a highly digestible, more palatable feed with greater nutrient… 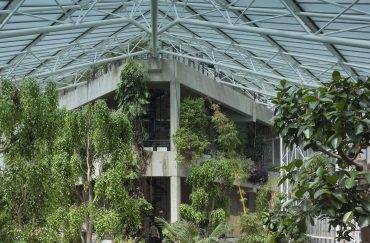 Clients now seek AgroBest Australia’s expertise and services both within Australia and internationally.

Discover how AgroBest has applied its expertise on various projects.