How to manage changing frost risks in horticulture

Climate change presents a number of challenges for Australia’s $15 billion horticulture sector, including, perhaps surprisingly, frost. Paradoxically, the warmest decade in recorded history has seen some of the most widespread and serious frost damage to commercial crops in both Australia and North America.1

Horticulture is less susceptible to the impact of frost than broadacre, speaking generally, as most crops are grown to suit seasonal conditions. That means the crops most susceptible to frost are not in the ground when frost is likely – but frost doesn’t always happen when it’s expected and unseasonal changes in weather do happen.

In longer-term crops like fruit orchards and grapevines the risk is much higher, especially as climate change turns previously ‘safe’ planting sites into areas susceptible to winter damage.

Many growers are unaware that the latest spray on frost protection products, developed in Australia using leading-edge R&D, can dramatically reduce the risk of frost damage.

Research suggests that the frost window has widened over the past two decades, especially in the eastern and southern parts of Australia, despite an overall increase in mean minimum temperatures.2 This means that frost will be more likely to occur in the future: the risk period will start earlier and finish later. Even tropical North Queensland has seen unseasonal frost this year.

The pattern of later endings is consistent across much of southern Australia, while the earlier starts are more localised to western New South Wales and northern Victoria.

The frequency of extreme cold temperatures is also on the rise across much of southern New South Wales and northern Victoria. An average increase of four frost days and five cold nights each decade has been identified since 1970.3

The location of frost events is also changing. The band of high pressure which normally sits across southern Australia has moved further south and intensified, allowing cold polar air to move onto the continent following the passage of any cold fronts.

How does frost damage occur?

Not all frost is created equal.

Frost occurs on clear nights, often in early spring, when the air temperature drops to 2°C or less. But the amount of damage it causes depends on a number of factors, including the stage of plant development (the potential for damage is much higher around flowering), how quickly the nighttime temperature plummets, how low it goes and how long it stays there.

When the air around plants is moist, ice crystals form on the surface of the plant. Water in between plant cells freezes and draws water out of surrounding cells to form more ice. If this frost melts slowly, crops can recover from the damage, but this is less likely with a quicker thaw in spring, when damage can be severe.

When the air is dry, the situation is even more dire. In this situation, ice cannot form on the plant surface. The water between cells freezes quickly and forms large crystals. These crystals create holes in the cells and recovery is not possible. If this type of frost affects a flower or developing ovary, yield can be negatively impacted.

One of the reasons that frosts can rip holes in plant cells is a usually innocuous bacteria that is found all over most plants. On a typical day, the bacteria has no negative effect on a plant – but when the temperature drops, it creates big problems, because it leads to the formation of icy spears inside the plant cells.

The layout of orchards or vineyards is an important consideration and growers should take into account the contours of the land. This might mean planting the more frost-susceptible trees or vines on higher ground where cold air is less likely to accumulate, or creating dense windbreaks or trees planted across the slope to dam cold air and raise the level of damage higher up into the trees or vines. Creating gaps or planting dense windbreaks down the slope can facilitate cold air ‘drainage’ and reduce the impact of frost on crops.

There are three key approaches to in-season management of frost risk: managing the temperature; physical barriers; and spray on protection. A fourth, which is often overlooked is the management of various nutrient levels within the plant.

There is usually a layer of warmer air above the coldest air near the ground. Mixing this warmer air into the cooler air using a fan can result in a small increase in temperature in the lowest and coldest layer.

Frost fans create a lot of noise, though, plus they are large, challenging to install, and may not be able to be used across an entire property.

Sprinklers that keep ice wet will maintain the temperature of the ice at a level that limits crop damage, but they only work in a particular temperature range and can do more harm than good if used at the wrong time.

This approach is about getting maximum value from the natural system. In a natural day/night cycle, the soil captures and stores radiation from the sun, radiating heat back to the atmosphere. Bare, compact, dark coloured and moist soil works best as a heat storage bank, and also provides the best conditions for release of heat into the lower atmosphere at night.

It is a good option to use in combination with other solutions.

Floating row covers or grow tunnels can help protect crops against frost and other extreme weather conditions, while still allowing air and moisture to pass through the fabric to the plants and soil.

They are best suited to smaller areas and can be expensive.

A range of products which claim to improve frost tolerance in exposed plants have been around for a while, with active ingredients including seaweed extracts, natural and synthetic glycols, oils, resins, sugars, mineral salts and even a common fungicide. There are also approaches which restrict the use of certain elements at certain times to boost frost tolerance.

Our experience has shown direct links between high nitrogen levels in the plant and significant frosting during cold winter months. Conversely, where nitrogen has been managed effectively and more than adequate levels of potassium applied, growers have noted an increase in frost resistance.

High levels of potassium, especially when applied at regular intervals on foliage, show a significant lift in potassium sap levels – increases of up to 50% in some crops, with corresponding increases in brix measurements. Brix measurement indicates the amount of dissolved solids in the cells, more commonly referred to as cell saturates or, simply, sugars.

Increased cell saturates can increase frost tolerance, similar to the benefit of replacing water with glycol in your vehicle’s radiator system.

Copper sprays can inhibit the bacteria that contribute to ice nucleation, but the benefits have been difficult to quantify.

Products like AgroBest Envy have been shown in trials to deliver significant frost protection to a wide variety of crops. Envy is the market leading frost product in the horticulture sector – for good reason.

AgroBest’s innovative products utilise a proprietary technique, based on R&D conducted in Australia, to dramatically improve plants’ frost tolerance. They do this by disabling the bacteria which cause ice shards to develop in plant cells.

Envy is a unique water emulsifiable polymer concentrate, which can be used on most trees, vegetables and flower crops. When dry, Envy forms a semi-permeable, biodegradable film, which reduces transpiration and protects plants from climatic extremes. It can increase frost tolerance by as much as 4°C and reduce moisture losses through transpiration by up to 50%.

Envy is extremely simple to apply and available from a range of resellers. AgroBest works hard to maintain fast order fulfilment of 4-5 days when products are not stocked, plus Envy is stable for storage so growers in frost-prone areas can be confident the product will remain effective if purchased and stored to ensure availability when frost does occur. 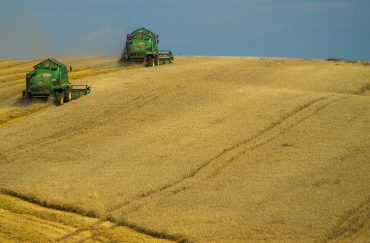 Many soils in the cropping zone of southern Australia are deficient in trace elements in their native condition. 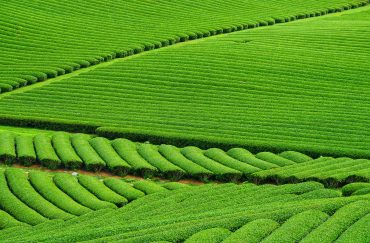 How much fertiliser is optimal 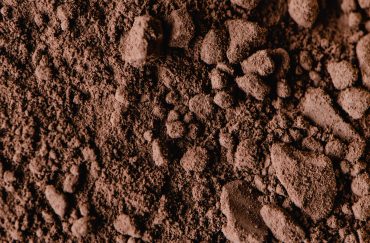 Get the latest and greatest crop nutrition delivered right to your inbox – from featured agronomic articles, industry insights and cutting-edge innovation.